Applying paper and tape to a vehicle to protect it from overspray may seem basic, but a poor masking job can adversely affect the quality of the paint job and increase the need for rework.

With direct-to-plastic you can save up to 50% of the time needed for plastic part repair.

What is a SMART REPAIR? (EN)

A “SMART REPAIR” is a very common expression in the automotive sector. What is it about?

Rachel shows passion in what she is doing and is a great example for new technicians entering the industry.

How to restore your Headlights

The kit can be used for restoring all types of vehicle headlights and prolonging their lifespan, or it can be applied as extra protection for new car headlights.

As travel options such as flying and public transportation are becoming limited, people are even more dependent on their vehicles for work and to take care of their daily lives. Here are 5 precautions to take in your auto body repair shop to prevent spreading of the virus.

Although the use of coatings for new cars has been declining for 2 years, the use of paint materials has been increasing in recent years.

Our team participated in the "Business Cup" futsal tournament and among strong competition from all over Slovenia (14 teams), with 2 out of 4 wins ended at 5-8th place.

5 keys to protect the car paint in autumn

The arrival of autumn is increasingly evident. Rains, dry leaves and wind can compromise the state not only of the roads, so we all have to take care of our driving in the fall , but also affect our cars , especially the body.

Use of an appropriate hardener and thinner

Are the results of your work ever not as promised? Do you think the result is not the same as yesterday?

Proper use of putty

The first mistake when using putty can be made as soon as the container is opened and liquid is visible on the surface of the putty.

The Importance of the Mixing Ratio in Two-Component Systems

Regardless of whether it is a primer filler, transparent lacquer or any other two-component system, the prescribed mixing ratios must always be consistently complied with when preparing the material.

Although the use of coatings for new cars has been declining for 2 years, the use of paint materials has been increasing in recent years.

The global automotive refinish coatings market continued to grow in 2018 to reach almost 0.81million metric tonnes. The value increased from 2017 to 2018 from 8.85 billion EUR to 8.98 billion EUR. Contrary to the automotive OEM and plastic parts coatings market, the refinish market is projected to steady growth. According to IRL, the volumes should exceed 0.9 million tonnes in 2022 and reach 0.93 million tonnes in 2023. Asia-Pacific accounts for the largest share of sales followed by American region. The Middle East and Africa are estimated to be the fastest-growing region over the course of the next five years. IRL expects automotive coatings to grow in the long run. The struggling segments OEM are expected to pick up again in 2020 and surpassing the 2017 figures already in 2021. The analysts' forecast period ends in 2023. By then, the market size is estimated to reach almost 3.4 million tonnes. OEM coatings will hold a share of nearly 60 % (1.99 million tonnes) in the market. Refinish coatings are estimated to make up for 27 % (0.93 million tonnes) and plastic parts coatings for 13 % (0.47 million tonnes).

WATER-BASED SYSTEMS DOMINATE OEM, WHILE SOLVENT-BASED ARE THE CHOICE FOR REFINISH AND PLASTIC PARTS

PURE ACRYLIC ARE THE MOST USED RESINS

Regarding the main resins used, pure acrylic accounts for the largest share in all the three coating types market. These resins are used in some 40 % of the coatings or in 1.2 million tonnes of the total of 3.06 million tonnes.
Pure acrylic-based resins account for some 33 % in automotive OEM coatings. The second-largest share of the automotive OEM coatings market holds epoxy-based coatings (30 %) followed by polyurethanes (20 %).
In the refinish segment more than 40 % of the coatings systems are based on pure acrylic. Polyurethane is the second-largest resin type (28 %). Polyesters rank third with 17 %. In the plastic parts coatings market, pure acrylics hold the lion's share with some 62 %. The second-largest resins used are polyurethanes (15 %). Other not specifically named resins account for 14 % and are ranked third. The third-largest single resin type is polyesters, but they only account for 4 % in the plastic parts coatings market. 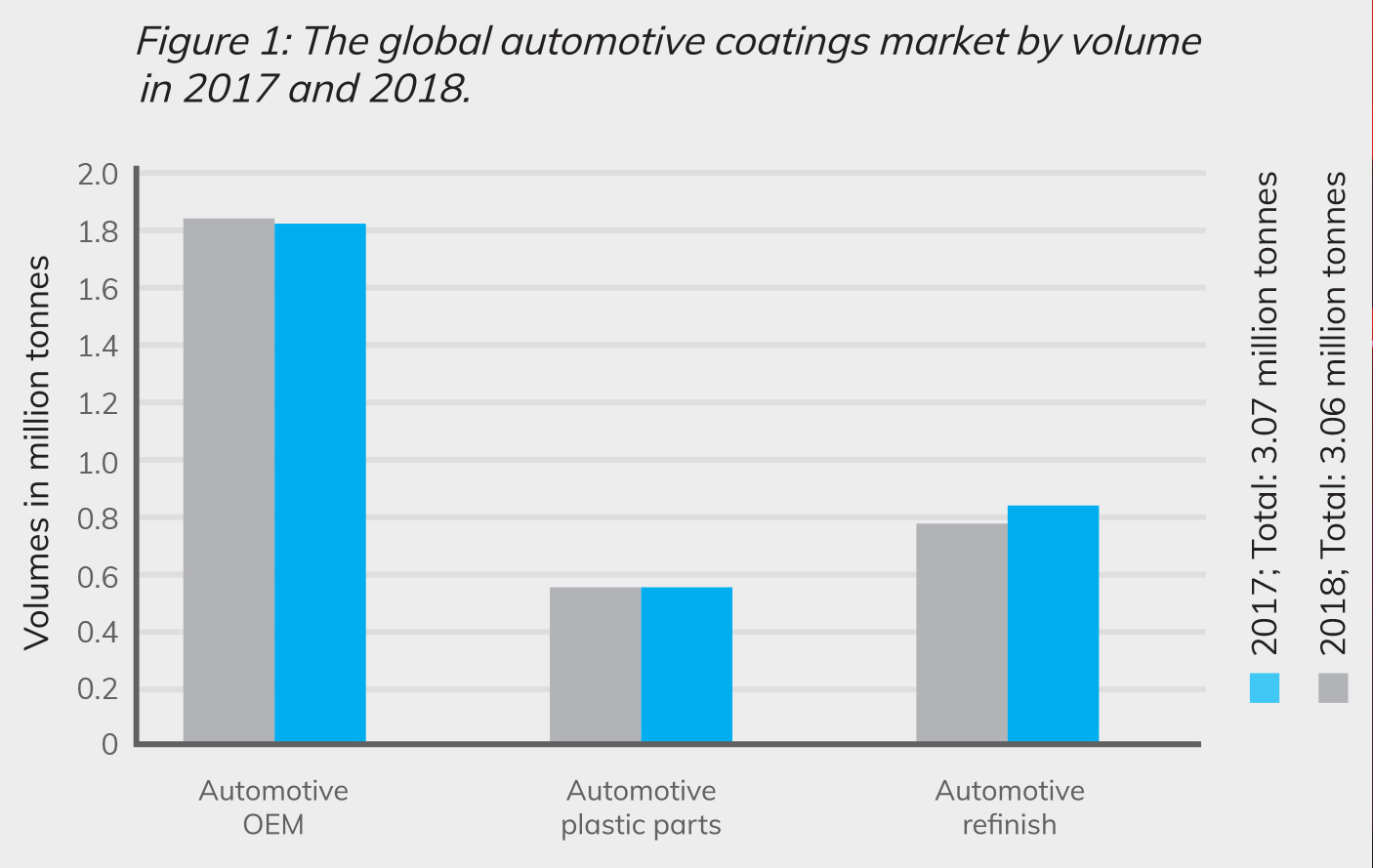 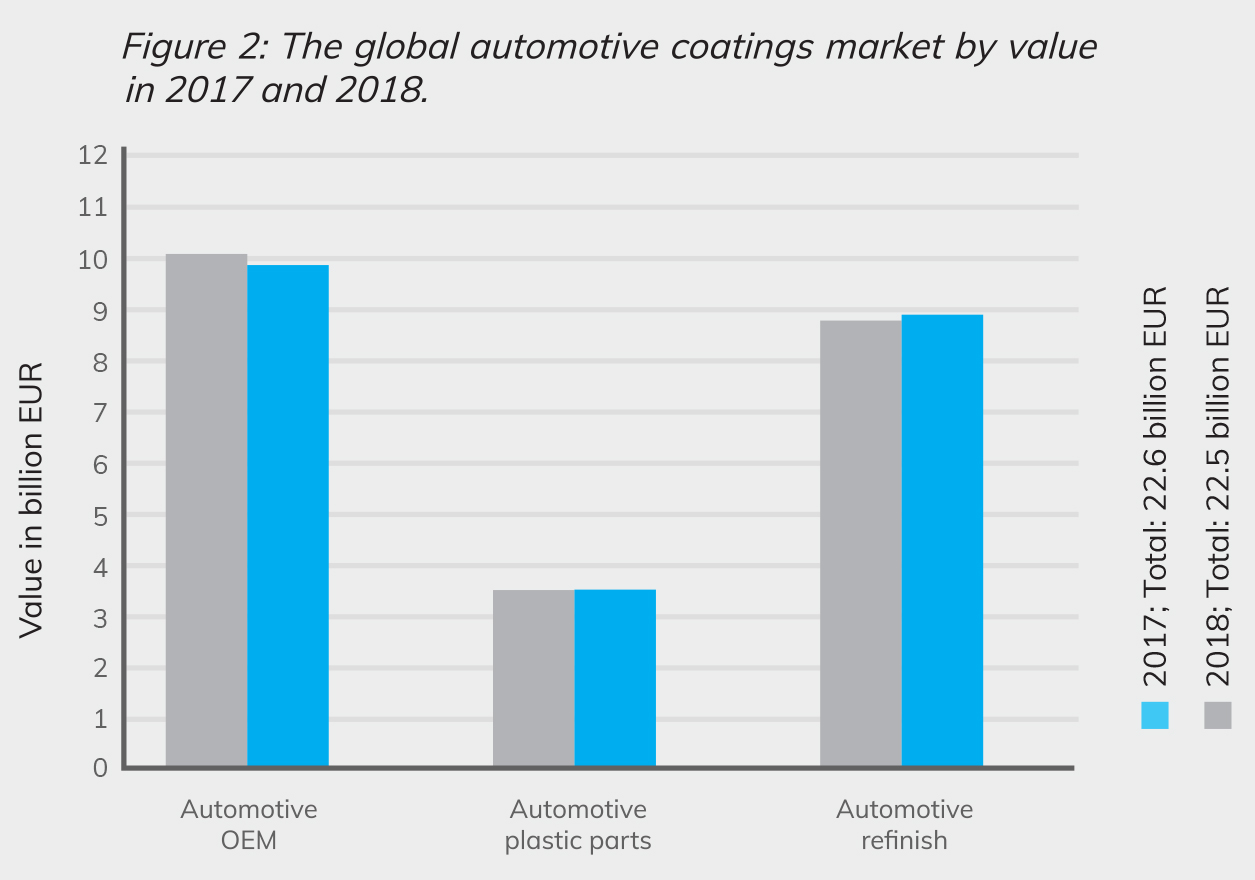 OFFICE WILL BE CLOSED UNTIL THE 9TH OF AUGUST (EN)

OFFICE WILL BE CLOSED UNTIL THE 4TH OF JANUARY 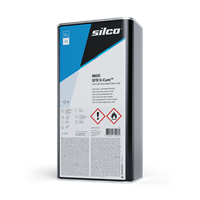 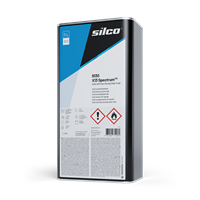 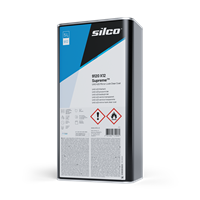 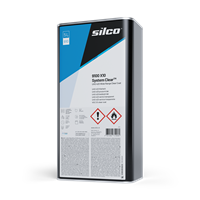 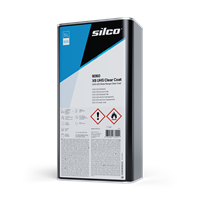 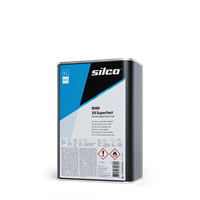 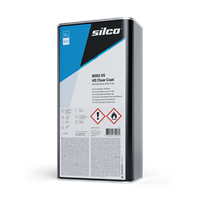 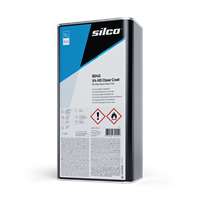 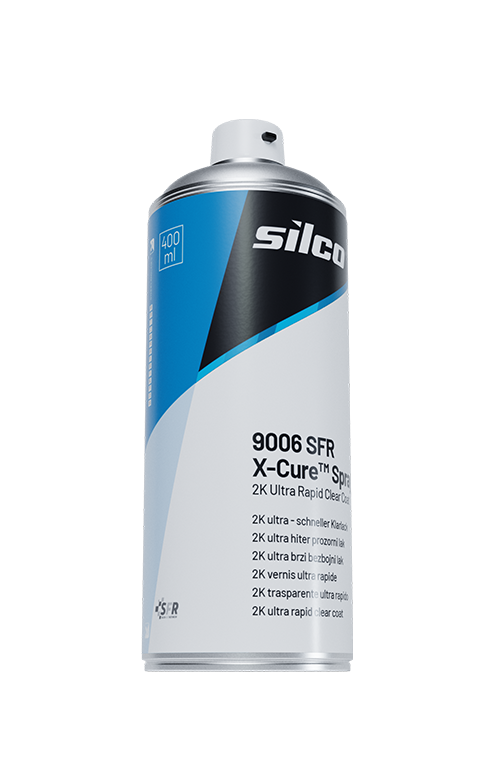